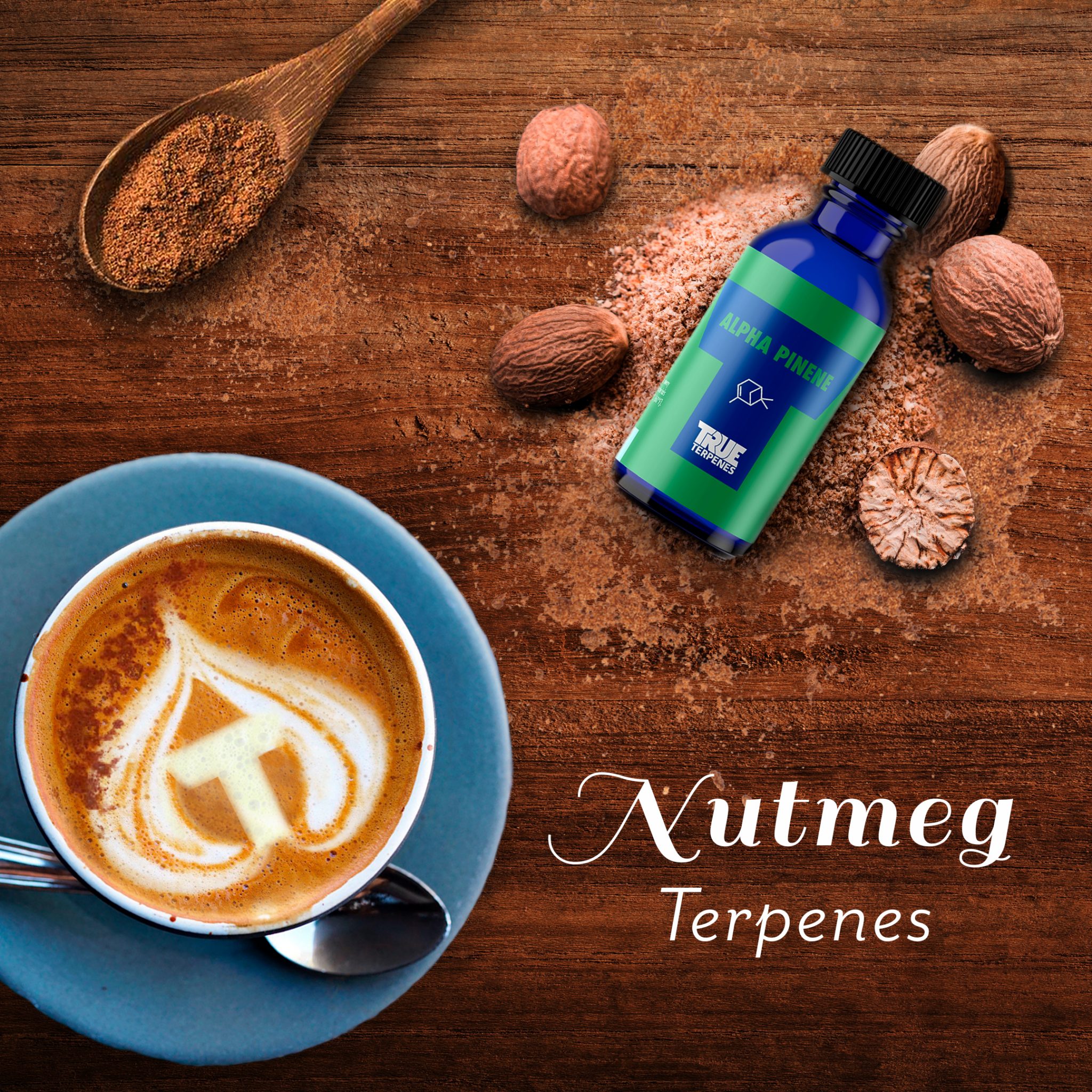 If there’s one spice that’s seemingly synonymous with the holidays it’s nutmeg. Nutmeg is even part of the Pumpkin Spice trend that explodes after Halloween every year. It’s mixed in everything from eggnog and pumpkin pie to lattes.

With that in mind True Terpenes wanted to look at the essential oil of nutmeg and why it tastes so good during the holidays. It appears pinene is popular in the winter time. Both forms of the terpene alpha-pinene 9.6% and beta-pinene 21.9% were the two most common compounds found in a study on nutmeg seed essential oil. Perhaps something about the energy and uplifting effects of pinene helps give people a pick me up during the cold season?

The rest of the terpene profile was rounded out by: sabinene 8% myrcene 7.9%   limonene 6.1% cymene 3.1% phelnaderene 2.9% terpinene 1.1% and terpenene-4-ol 3.9%. However, perhaps more interesting is the non-terpene compounds including myristicin, elemicein and safrole. Safrole is also found in black pepper, sarsaparilla, cinnamon and anise.

True Terpenes wishes you a happy holidays and hopes you enjoyed this week’s Terpene Tuesday.