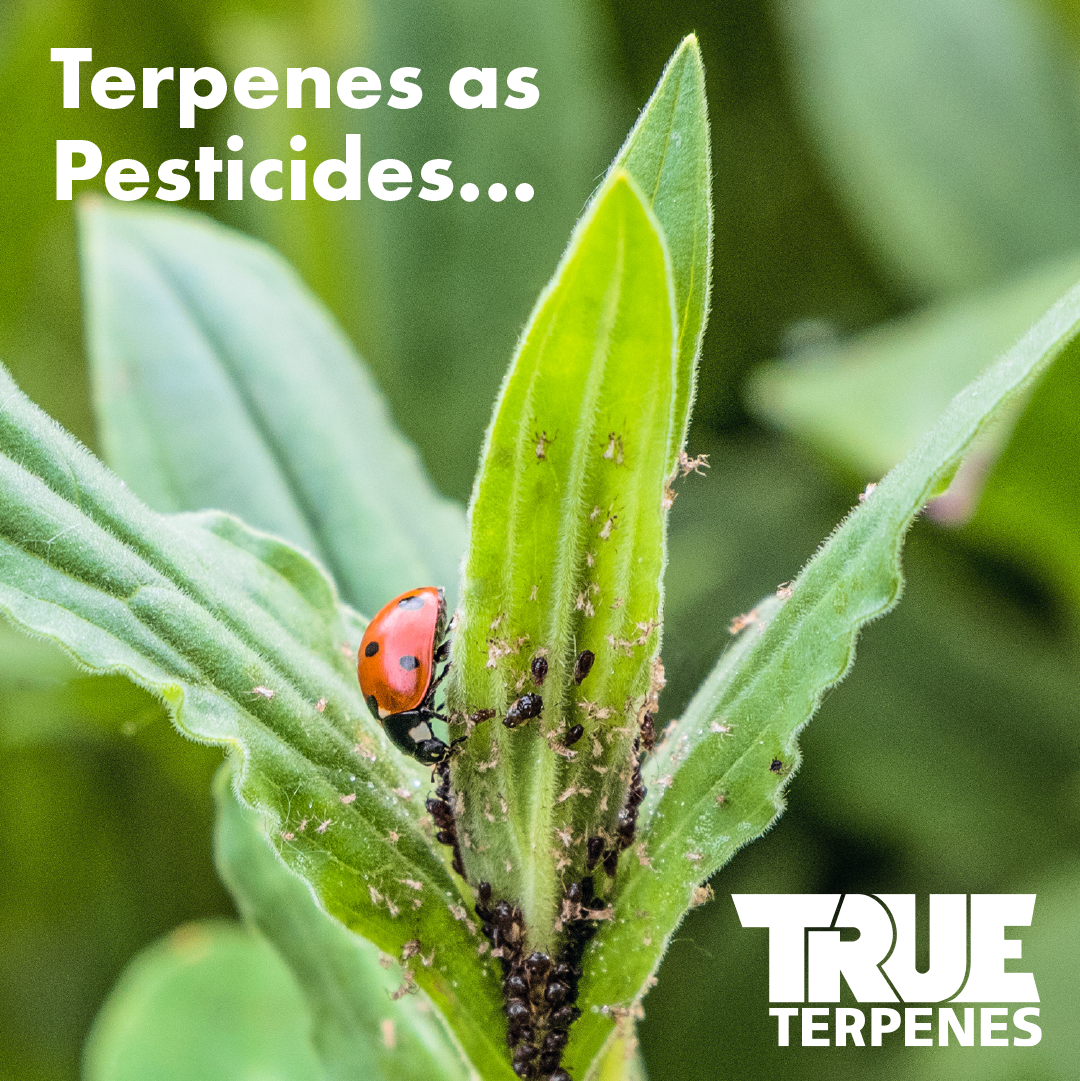 The terpenes from cannabis may end up being a key to environmentally friendly pest management.

A group of Italian researchers published a paper on the utilization of the essential oil from hemp as a pesticide. The scientists steam-distilled the hemp to create an essential oil. That oil was tested on mosquitoes, aphids, common house flies and tobacco cutworm. The essential oil killed 100% of aphids and mosquito larvae. While it also killed 80% of the house flies, 66% of the cutworms and 33% of the adult mosquitoes.

Even more fascinating is that the essential oil had nearly no effect on ladybugs or earthworms that were tested. The only interaction was that ladybug larvae had a 3% mortality rate at the highest dose. In contrast, cypermethrin a pesticide had 100% mortality on both insects.

The essential oil was able to kill a variety of insects that impact agriculture and human health. But it left beneficial insects unscathed, creating a near perfect weapon for integrated pest management.

Scientists analyze the essential oil in order to understand the mechanisms behind the effect. They discovered the oil only contained .1% cannabidiol or CBD. Not a surprise due to the use of steam distillation, which primarily targets lighter molecules such as terpenes, leaving behind heavier things like cannabinoids. The most common constituents of the essential oil were beta-caryophyllene (45.4%), myrcene (25.0%) and α-pinene (17.9%). There were also large amounts of terpinolene (9.6%) humulene (8.3%),β-pinene (5.2%), ocimene (5.1%) and farnesene (3.0%).

Researchers said most of these terpenes have been identified as having insecticidal effects in past studies. Farnesene is even known for drawing lady bugs to plants and scaring aphids away as it is a terpene given off by aphids when they are wounded. Companies such as All Per-Plus create natural, organic pesticides from True Terpenes products due to these properties. It’s an exciting time as cannabis and environmentally-friendly technologies continue to expand in concert to help create a healthier, safer and happier world.