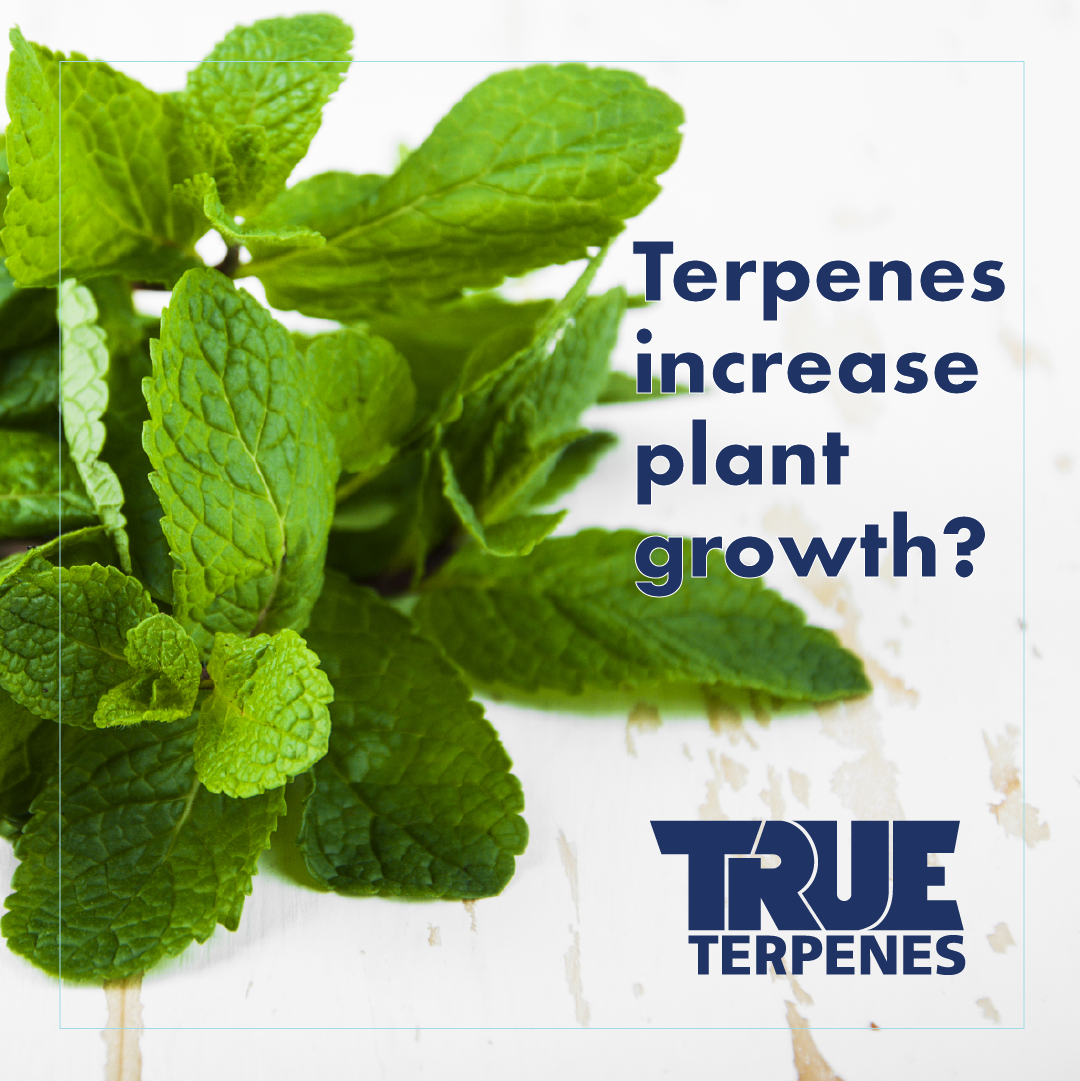 It looks like even plants prefer an entourage effect to the use of singular compounds.

A new study out of Germany is showing that terpenes from the Peppermint plant may have a place in the future of sustainable, organic farming. The scientists coplanted two varieties of peppermint (Mutlimentha/MM and English/E) into test crops of Brassica Oleracea variety Alba cv Lennox more commonly known as white cabbage. They also did a second experiment exposing the white cabbage to the two most common terpenes peppermint: menthol and menthone.

In the first experiment they planted either a single MM/E peppermint plant or 4 plants in the cabbage test plots. The control population had no peppermint plants. They found that peppermint plants increased the growth and harvest weight of the cabbage between 20-30%. MM plants had the greatest effect on the cabbage. However, the cabbage plants only had slight improvements when 4 MM plants were used indicating possible over application at that rate. Variations in the terpene profiles between cultivars may also be responsible for this difference.

Each peppermint variety has its own particular mixture of terpenes diversity and yield. However, the most common terpenes in peppermint are menthol, menthone, limonene, alpha-pinene, pulegone and eucalyptol. These and other minor terpenes create the entourage effect of peppermint. The German scientists also applied a 1:1 mixture of menthol and menthone to the cabbage plants and found no increase in yield. They did notice the applications led to changes in leaf shape, which shows there was response from the plant. These findings also show that the entire terpene profile and volatiles of peppermint were superior to the limited mixture of 2 terpenes for cabbage cultivation.

The researchers said they expected to expand their research to begin determining which terpenes were responsible for the other effects. They’re also going to be looking into applications on other crops. It’s an exciting time for terpene research, and True Terpenes will keep bringing you information from the front lines of science.