While there is so much to learn, what you need to know is that terpenes are aromatic compounds that when inhaled, applied to the skin, or consumed, they enhance our experience and greatly influence flavors and aromas.

Terpenes are hydrocarbons present in essential oils produced by nature. There are more than 20,000 terpenes in existence. Plants, animals, microbes, and fungi produce terpenes to carry out necessary biological functions. This diverse class of compounds serve as vitamins, hormones, pheromones, and as part of the immune system.

One way to think of botanical terpenes is as building blocks created by plants. These building blocks are blended with other aromatic compounds in countless ways in order to produce complex essential oils, such as Lavender, Rose, Sandalwood, etc.

In addition to unique aromas, terpenes play an equally important role in influencing the way we taste, smell and feel when a plant, herb or fruit is consumed. This happens because terpenes interact synergistically with other botanical compounds and humans hormones to create a phenomenon referred to as the “entourage effect” that magnifies the benefits of the plant’s individual components.

SIMPLY PUT:
Terpenes can be added to products (food, beverages, marinades, extracts, etc.) to improve the scent or flavor, as well as enhance the overall experience.

A BIT MORE COMPLEX:
There are many diverse applications for terpenes in isolated forms as well as in complex blends. It might surprise you to know that terpenes are used in the development of food flavorings, incense, cosmetic products, organic gardening products, household cleaners, natural medicines, and perfumes.

In the past few years, product developers have used isolated terpenes in order to reverse engineer the terpene profile of popular herbs; this blend is then introduced to a formulation in order to mimic the scent and flavor of the herb.

The vast majority of our terpenes are derived from many different natural sources. There are over 20,000 terpenes in nature and they are not unique to only one species of plant. For example, some natural sources of alpha-pinene include pine trees, other coniferous trees, eucalyptus, sage, rosemary, frankincense and ironwort. The structure of terpenes are always the same no matter what plant they were isolated from. There is a myth that the source of the terpene is important, but that is not true. When terpenes are isolated from any plant, there is virtually no difference between them.

Our terpenes are extracted via steam, expression, or vacuum distillation methods and fractionally purified.

Undiluted Terpenes are POTENT and should never be consumed, inhaled or applied to the skin as is. In most cases, consider staying within 1-5% concentration by volume. The dilution can vary depending on the isolated terpene, blend or flavor, desired outcome, personal experience and preferences.

Terpenes must be handled with care. Always consult the SDS (Safety Data Sheets) before using and working with terpenes. SDS contain all the information you need to know including personal protective equipment, hazardous and preventive statements, etc.

While there is still a great deal to be discovered and understood, what you should know is that terpenes interact synergistically to create what scientists refer to as an “entourage effect”. The entourage effect magnifies the therapeutic benefits of the plant’s individual components so that the medicinal impact of the whole plant is greater than the sum of its parts.

The term “entourage effect” has become an important piece of vocabulary in the cannabis community to describe the relationship between terpenes, cannabinoids, and other phytochemicals (chemicals made by plants) which are responsible for the vast therapeutic potential of cannabis.

By now, most people have heard about cannabinoids such as THC and CBD. While these compounds have a range of medical benefits, they are only part of what makes cannabis medicine so effective and have proven to be less effective on their own than when combined with other phytochemicals like terpenes.

Both cannabinoids and terpenes affect receptors in the endocannabinoid system which is what allows cannabis to act therapeutically in the human body, this action in some cases also produces the “high” which most are familiar with.

It is the terpenes in cannabis which modulate (modify or control) the effect that the cannabinoids in each sample will have on the user. This is why strains of cannabis effect each user uniquely. For example, if you have 2 different types of cannabis and both have 15% THC, but one gives you energetic effects and one gives you sedative effects, this is largely due to the different terpene profiles.

Terpenes such as Myrcene, Nerolidol and Terpinolene have relaxing effects, while Alpha-Pinene is known to be uplifting. Cannabinoids and terpenes have their own independent effects, but in combination they have known to be vastly more effective than in isolation. 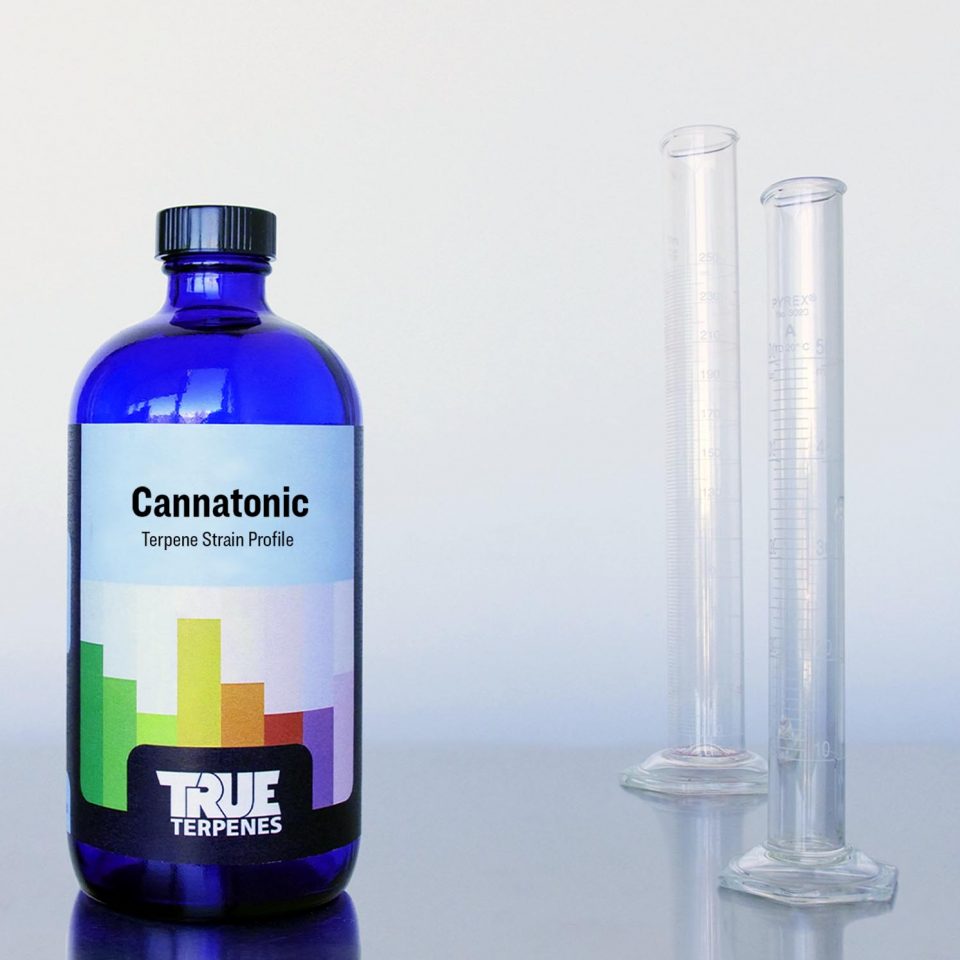 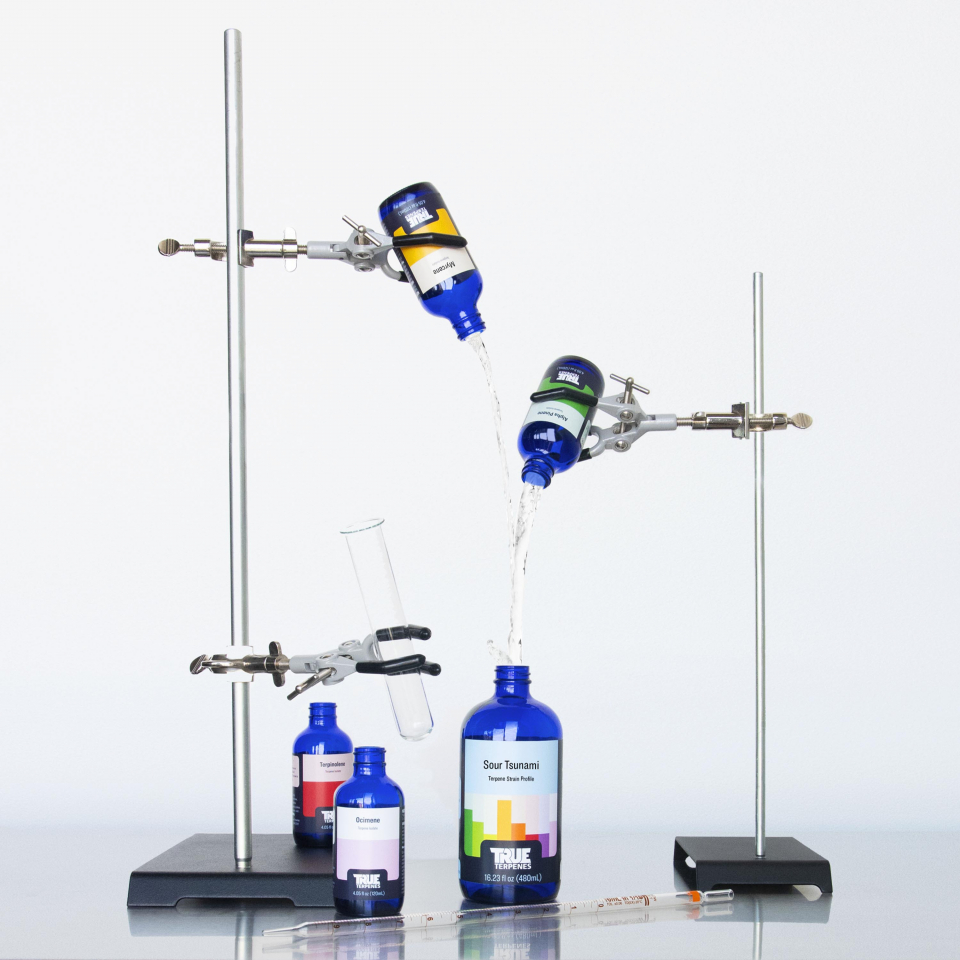 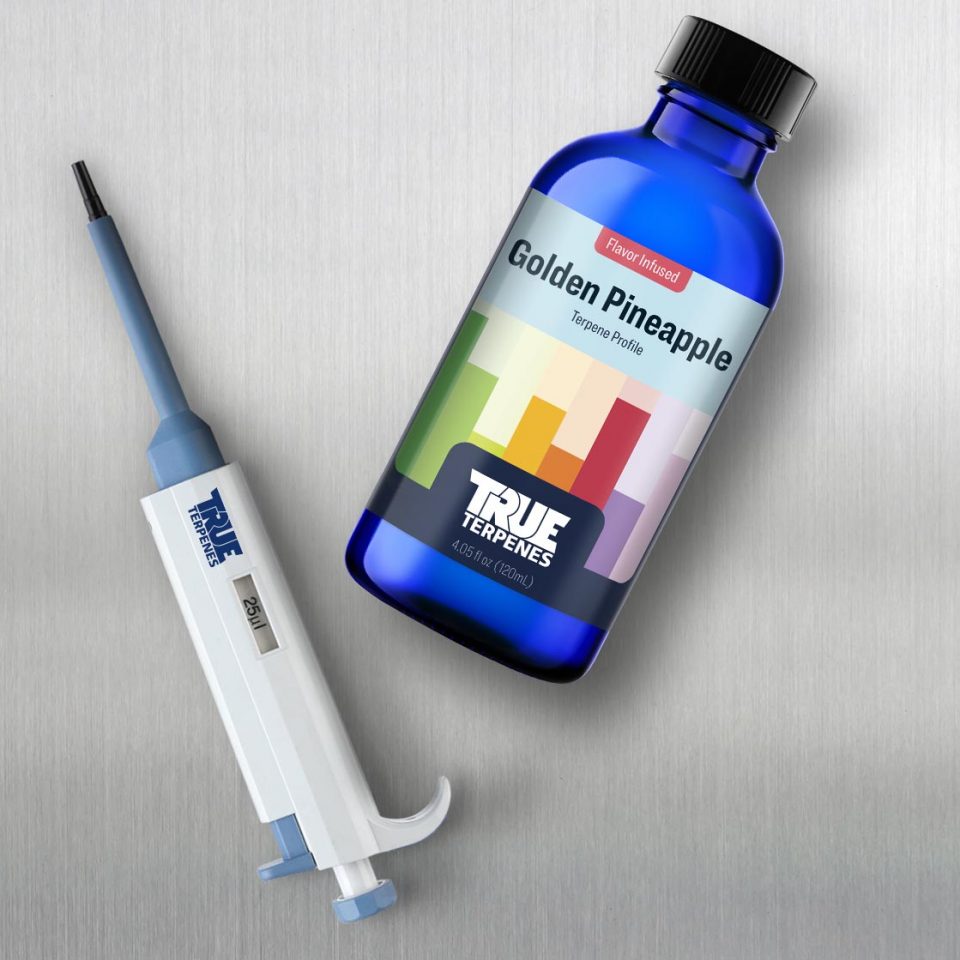 How to Use Terpenes

Are you curious what terpenes are? Do you learn from lectures or getting your hands dirty? Here at True Terpenes we’ve found people retain information when it’s mixed with some fun and stimulates your senses.

True Terpenes blends terpenes, science and high art. The TERP Wall™ allows you to smell and take in terpene education, while also experiencing a beautiful display. The TERP Wall™ is an interactive, educational terpene experience. It takes terpenes from an abstract concept to something you can see, smell and touch.

The TERP Wall™ features the six most prominent terpenes in cannabis and the plant kingdom: alpha-pinene, limonene, beta-caryophyllene, terpinolene, myrcene and linalool. Each terpene has graphics that illustrate how they enhance your cannabis experience, and a list of cannabis profiles that contain these terpenes. And of course, please smell our terps.

You can catch the True Terpene team and our TERP Wall™ at events like OutsideLands, SXSW and MJBIZCON.