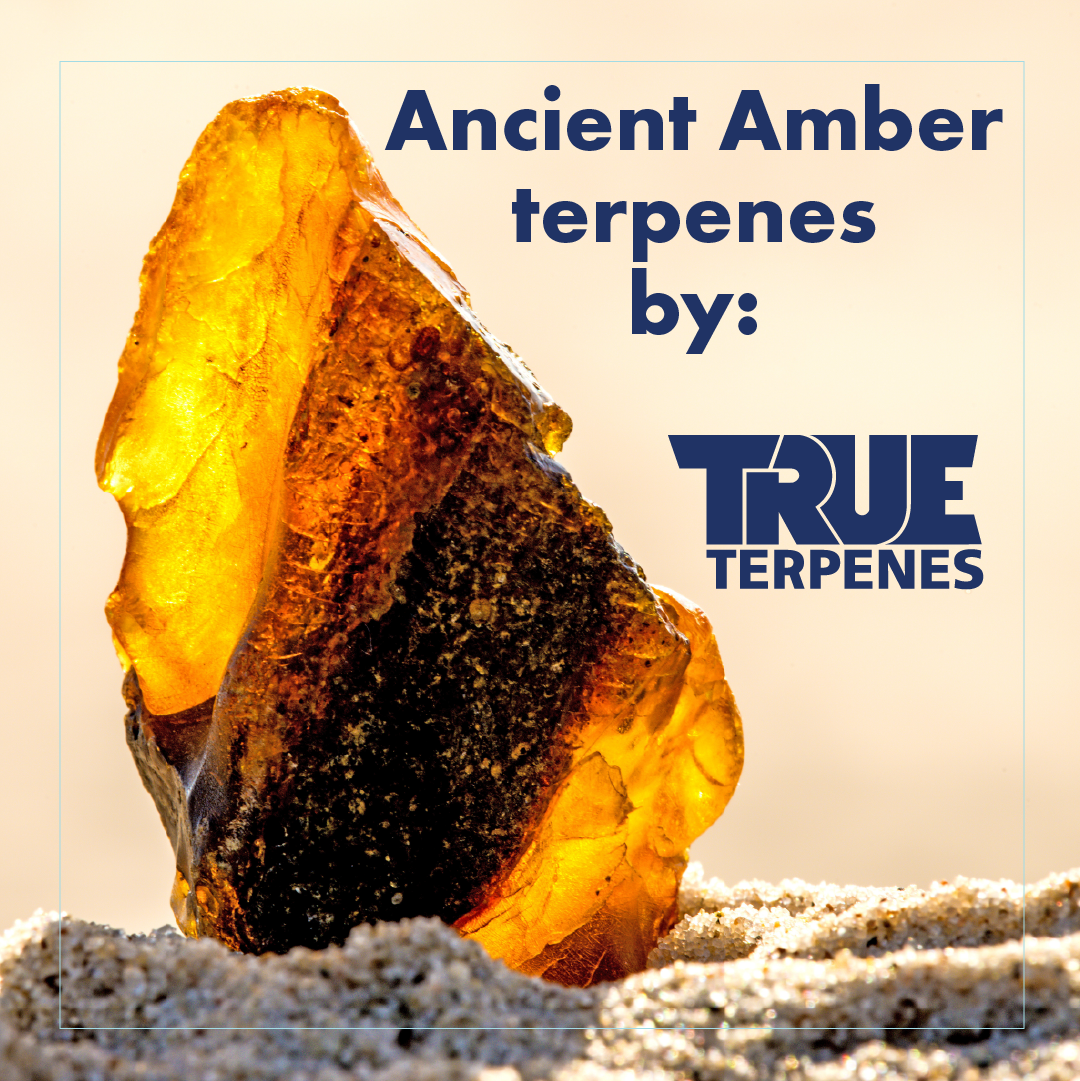 In a scene reminiscent of Jurassic Park, scientists have pulled ancient life out of amber. However, instead of a dinosaur… they found terpenes.

Workers in the Indian state of Arunachal Prades, which is located in the Northeast in the Himalayas, discovered a layer of fossilized leaves, flowers and other plant matter dating to around 3 million years ago. While excavating a road and a quarry, nearby amber samples were found embedded in this layer. Scientists from a number of Indian Universities collaborated to study the findings.

The researchers analyzed the amber for its essential oil content which revealed it contained a number of monoterpenes, sesquiterpenes along with ethers, alcohols and ketones. The first amber sample was found to be heaviest in the monoterpenes alpha-pinene, eucalyptol and borneol. They also detected camphene, cymene, fenchone, fenchol, camphor, isoborneol, terpineol, carvomenthone and verbenone. The second amber sample was similar, but contained no alpha-pinene, isoborneol, carvomenthone or verbenone.

The botanists on the research team were able to determine that both amber samples came from the Dipterocarpaceae family due to the presence of hydroxydammarenone, a compound only made by lowland rainforest trees. Leaf and pollen samples from this species were also found in the fossil layer. The scientists believe the two amber samples came from different species in the Dipterocarpaceae family due to the previously mentioned variation in the terpene profiles.

The researchers believe this is one best preserved aromatic profiles to be found and provides a good picture of the interactions between plants, insects and herbivores. Plants create terpenes for a variety of related uses, from signaling pollinators to repelling herbivores. The scientists explained the rare preservation of the terpenes in the amber was due to a unique sequence of events; the amber solidified in time to be encased in mud. The low temperature of its encasement allowed for the preservation of the terpenes. It’s incredible to find essential oils and terpenes in plants fossilized millions of years in the past, and at the very least, the new data lets us know what ancient aromatherapy (plants) may have smelled like.