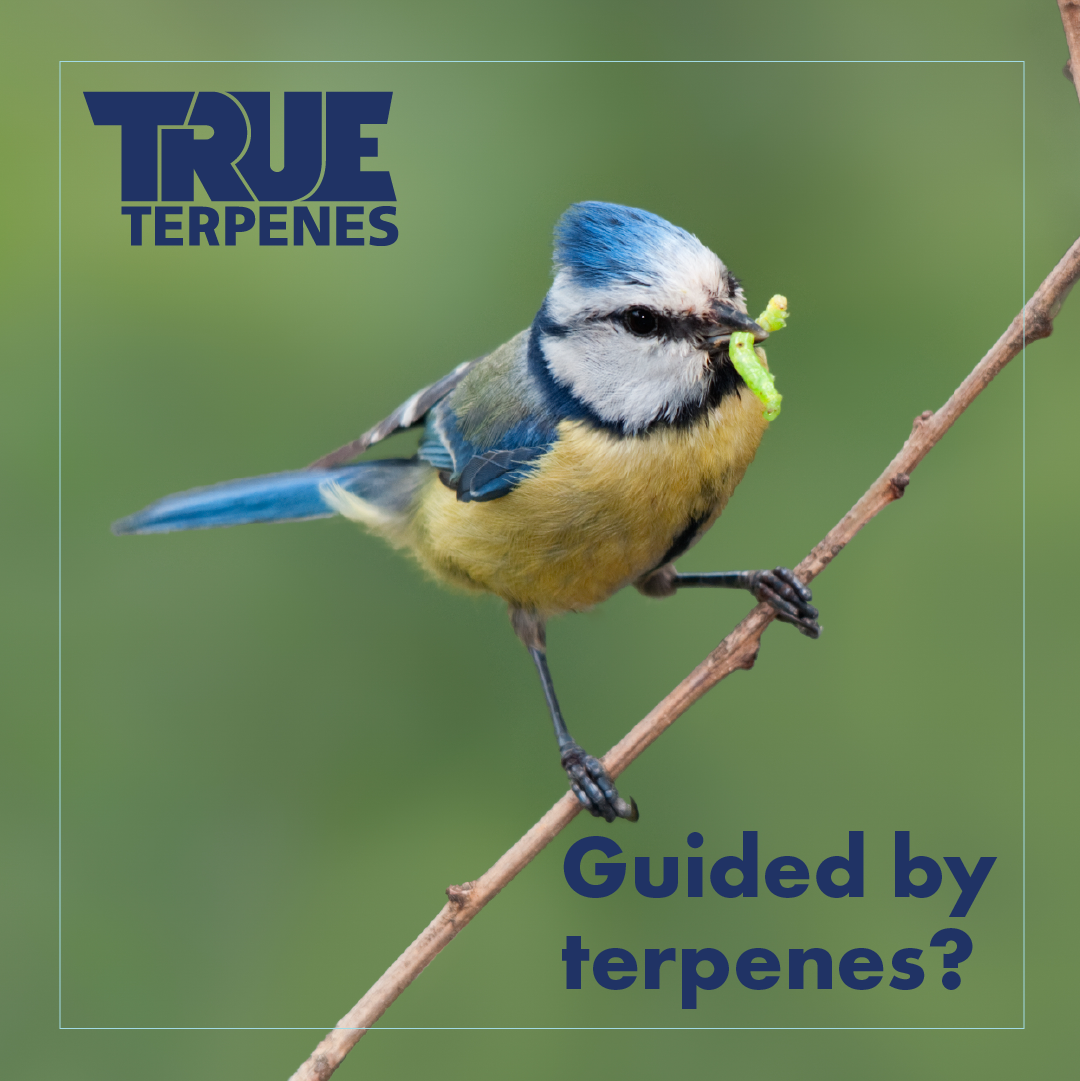 It looks like Toucan Sam may not be the only bird that follows his nose.

It’s long been believed that birds don’t have a highly developed sense of smell, and they primarily use strong eyesight to track down prey. However, in a recent study scientists at the University of Delaware discovered that insectivorous birds are drawn to aromatics like terpenes and use them to find insects.

The researchers placed the equivalent of aromatherapy dispensers below corn plants in several plots. The dispensers contained hexane as a carrier for a profile of hexanal, (z)-3-hexenol, ocimene, linalool, humulene and beta-caryophyllene. That profile was selected by the scientists as it reflects the volatile profile released by corn plants when they are attacked by insects. They used hexane only dispensers for a control group.

The scientists pinned imitation clay caterpillars to the corn plants 10 cm below the dispensers and also on four plants nearby in each plot. The caterpillars were checked for bird peck marks twice a week. The mock caterpillars located near the terpene profile dispensers were attacked 300% more often than those near the control.There was an equal increase in number of caterpillars attacked and pecks per caterpillar.

Terpenes might be flavoring, aromatherapy or industrial tools for us, but science keeps pointing to the complicated web of communications that plants use terpenes for. Previous studies have shown insects are drawn to, repelled or even killed by certain terpenes. The researchers from this study believe terpenes could be used in an Integrated Pest Management or IPM strategy without even needing to apply them to the plant. One thing is for sure, the future is going to be terpy.