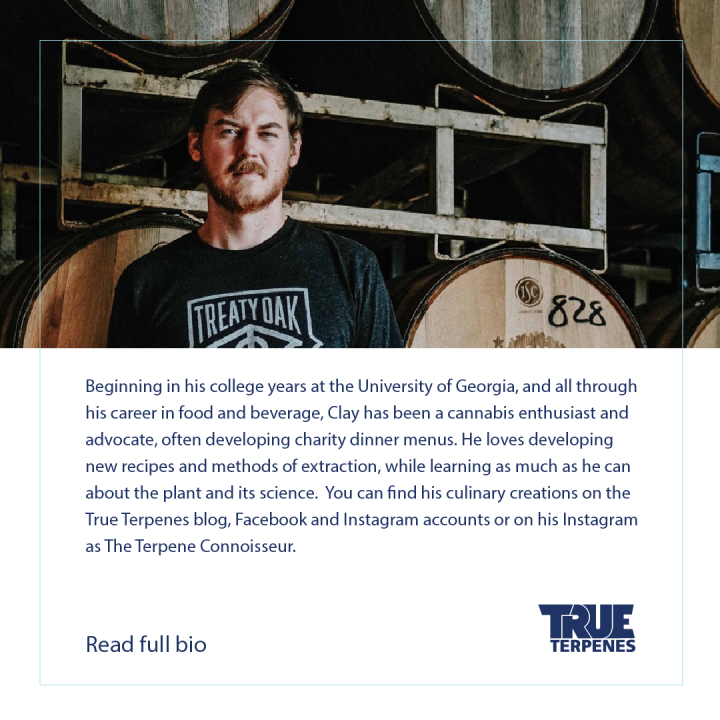 A native of Athens, Georgia, Clay has worked in the food and beverage industry for over 12 years, cooking in restaurants ranging from small BBQ joints to 3 Michelin stars. After finishing school at the French Culinary Institute, he took a job at Wd-50 in New York City, where Chef Wylie Dufresne opened his mind with new approaches to food and creativity.

After a few years of soaking up the unique flavor combinations, textures and creative process, Clay left NYC in pursuit of other restaurants that could teach and mold him. He found work and stages to help him travel the world and explore new ingredients and styles of cooking. Over the next four years he spent time working in Singapore, Australia, England, Spain and Mexico, while traveling and eating through many other countries in-between jobs.

Upon returning to the U.S., Clay was interested in exploring a different facet of the food and beverage industry. Through his work in kitchens he became interested in fermentation and the principles of distilling, and decided to move to Austin, Texas to take a job at Treaty Oak Distilling Company. As a production distiller, Clay gained experience distilling rum, whiskey and gin while learning the science of yeast, barrel aging and the art of cocktails.

Clay went on to use his new beverage skills and began doing development work with Mighty Swell Spritzer Co. From there he went on to do the original formula development and become one of the founders of Waterloo Sparkling Water. Clay and his wife, Lucy, have since moved back to Georgia where he currently works with Treaty Oak doing research and development. On the side, he runs his own development and consulting company, Inscoe Innovations, and is writing a book on the basics of terpenes.

Beginning in his college years at the University of Georgia, and all through his career in food and beverage, Clay has been a cannabis enthusiast and advocate, often developing charity dinner menus. He loves developing new recipes and methods of extraction, while learning as much as he can about the plant and its science.  You can find his culinary creations on the True Terpenes blog, Facebook and Instagram accounts or on his Instagram as The Terpene Connoisseur.

PrevPreviousAre birds guided by terpenes?
NextHow To Safely Use Terpenes In Your LifeNext
Return to Main Blog