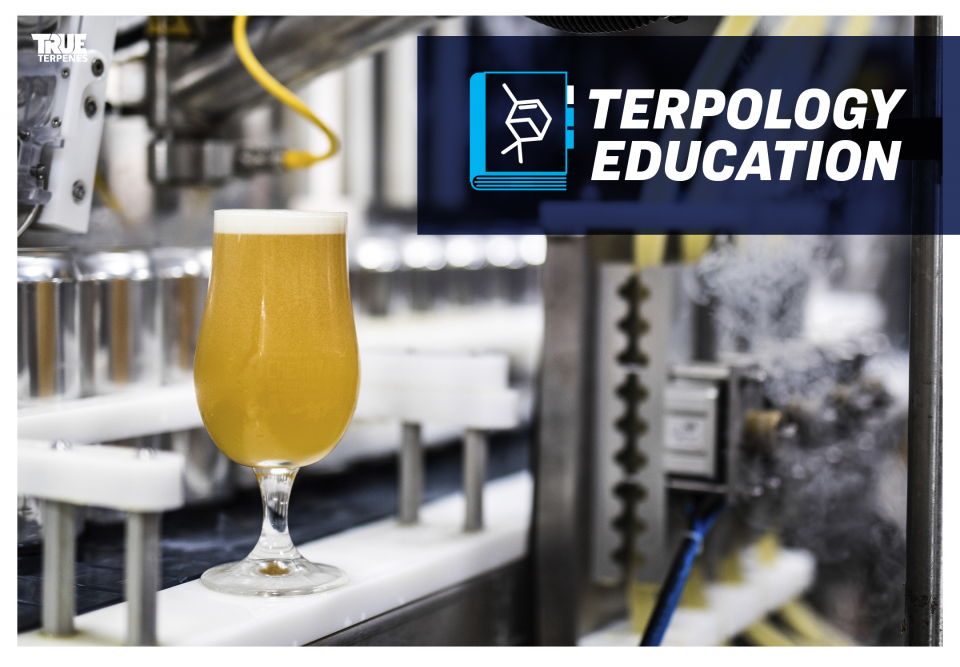 Infusing spirits and beer with terpenes

Adding THC or CBD to a beverage may be common now, but what happens when you add cannabis flower or terpenes?

As the cannabis industry has spread across  the US and the world, it has inevitably crossed paths with the alcohol industry. Regulations have limited much of the possibilities such as California’s ban of alcohol in cannabis products and hemp in alcohol products. This has led to collaborations like Absolute Extracts and Lagunitas hops flavored, alcohol-free recreational THC drink. Even the FDA and TTB are currently outlawing hemp in alcohol products except the stalk and the seed of the plant.

Although the ban is in place, scientists have continued to push forward to explore the unknown. A group of researchers from Italy have created a hemp liquor and beer utilizing 2 hemp varieties, USO 31 and Futura 75. For the beer they brewed a control batch. The control and hemp beers both contained Chinook hops as well.

The scientists analyzed the composition of the hemp and hops essential oils along with the beer and liquor to determine exactly how the flavor was impacted. Beer aroma and taste formulation is a complex process, as the flavour compounds are extracted into the wort, but can then be metabolized by the yeasts, later in the brewing process.

Further, cannabis is most known for its terpenes and cannabinoids, but it turns out non-terpenes make up the largest volume in beer. Ester aldehydes are the most dominant in beers. Adding hemp to beer caused a reduction in the esters overall.  Ethyl octanoate and hexanoate, which are known for fruity tastes, reduced the most; while isopentyl acetate, known for sweet and fragrant odors increased with hemp. These esters synergize with terpenes and other compounds to create an entourage effect of flavor.

Adding hemp also increased the terpene content with myrcene alone going from 5.6% to 9.8%. Myrcene was reported as adding a sweet and balsamic flavor to the beverage. The hemp beer also contained a lower IBU rating with 30-25% of the alpha-acids.

The hemp liquor was made by macerating the hemp flowers in ethyl alcohol. The alcohol extract was then filtered before being diluted in glucose syrup 56 proof. The liquor compared with the beer aroma was nearly entirely terpene-derived. The headspace of the liquor was 90.4% terpenes. Alpha-pinene (38.8%), myrcene (28.0%) and beta -pinene (12.4%) were the dominant terpenes. Beta-Caryophyllene and limonene followed, with 5.8% and 5.5%, respectively.

While hemp and cannabis alcoholic products are currently not legal in the US. There are some distillers and brewers pushing forward with terpene heavy, cannabis-inspired beers, wines and liquors. Templin Family Brewery of Utah is a great example. They recently launched a special Durban Space Indian Pale Ale for 4/20. The beer features True Terpenes Durban Poison Strain Profile adding layers of the forest, lilac and fuel.

Hopefully the US federal government will legalize cannabis and allow the cross-pollination with alcohol, food and other industries and products soon. Until then try True Terpenes profiles to add the taste and aroma of cannabis recreated through the use of botanically sourced terpenes.