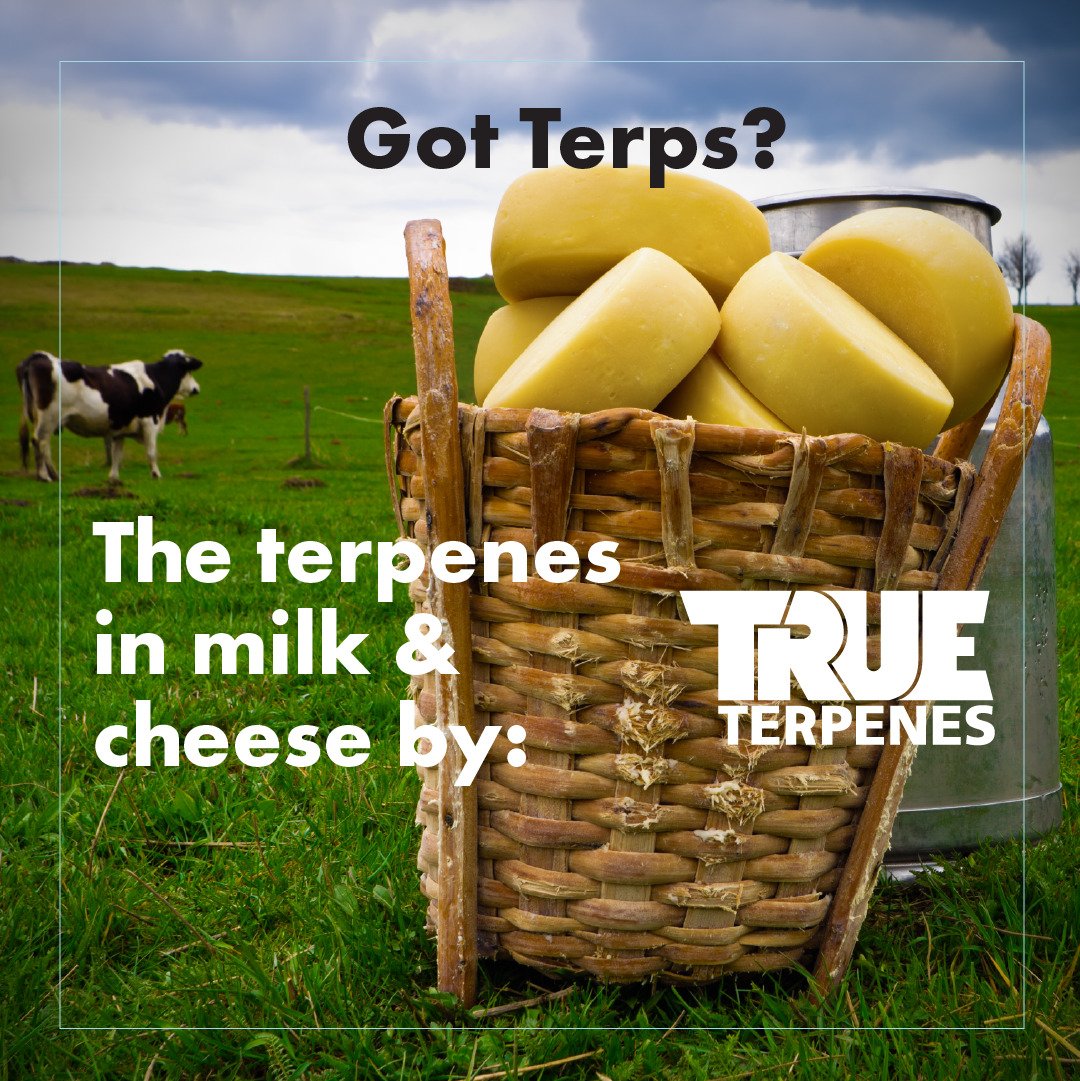 Researchers in Brazil recently investigated how changing a goat’s environment and thus diet created variations in the taste and nutrients in goat cheese and milk. One group was kept indoors and were fed elephant grass, hay and a concentrate supplement. The pasture group fed on native plants (Species primarily included: Asteraceae, Fabaceae and Poaceae) and were also given the same concentrate supplement.

The scientists found limonene and alpha-pinene in the milk and cheese from both groups. However, beta caryophyllene and terpineol were only identified in the pasture fed group. A taste judging panel found that the indoor group had a more buttery taste, while the pasture fed were herbaceous and flavorful.

A similar study looked at how changes in pasture altered the terpene profile in cheese produced from cows in Italy. The scientists measured the terpenes: alpha-pinene, beta-pinene, limonene, camphene, sabinene, myrcene and delta-3-carene in the cheese. Interestingly, they found that the pasture plant composition was only somewhat linked to the terpene content in the cheese. The researchers believe the gut microbes in the cows are breaking down and altering many of the terpenes.

Science continues to show how terpenes account for the flavor and scents we experience throughout our daily lives. It’s a terpy time to be alive.