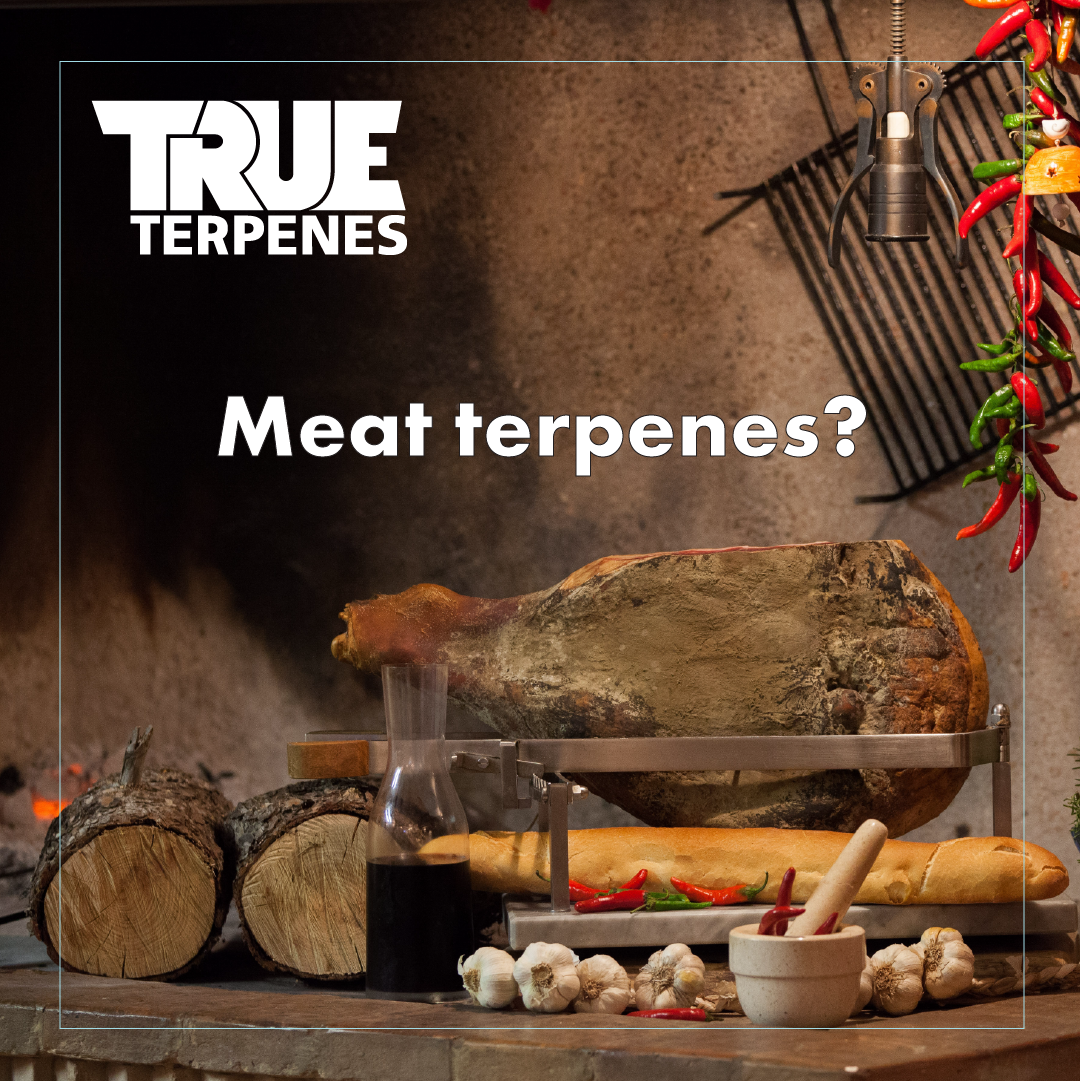 While we’re accustomed to testing for terpenes in the plants that humans consume, a group of Croatian scientists went a step further testing to see how smoking meats altered the terpene content.

The scientists were looking into the provenance/terroir or how the geographic origin affect a food or drink, in this case: Dalmatian dry cured meats. Dalmatia is a region in Croatia that borders the Mediterranean Sea in which the sea breezes and temperature have created a unique climate for the creation of the smoked meats. Traditionally the smoking process occurred outside, but as technology has advanced some have moved indoors.

The experiment compared smoking the pork loin indoor via an open furnace and smoking through an outdoor fireplace that vented onto the meat. In both variations they used grape, oak, ash, maple and beech wood for the fires. These woods were a primary source for the terpenes later identified. However, studies are showing animal diet also leads to terpene accumulation in meat and milk.

The data shows that the outdoor smoking resulted in a higher total terpene content, 2.05 to 5.67. The terpenes that were found in the meat were limonene, beta caryophyllene, terpinolene, terpineol and eucalyptol.

There were also variations in the ketones, alkenes, esters, alcohols, aromatic hydrocarbons and other components. The differences mirror the components found in profiles of essential oils. The researchers theorized that the lower temperatures from the outdoors smoking and other factors caused a higher flavor profile in outdoor smoked pork loin.

This is a great start to see how a variety of factors affect the terpenes that we consume.