Our letter to the OLCC regarding the Vape Ban 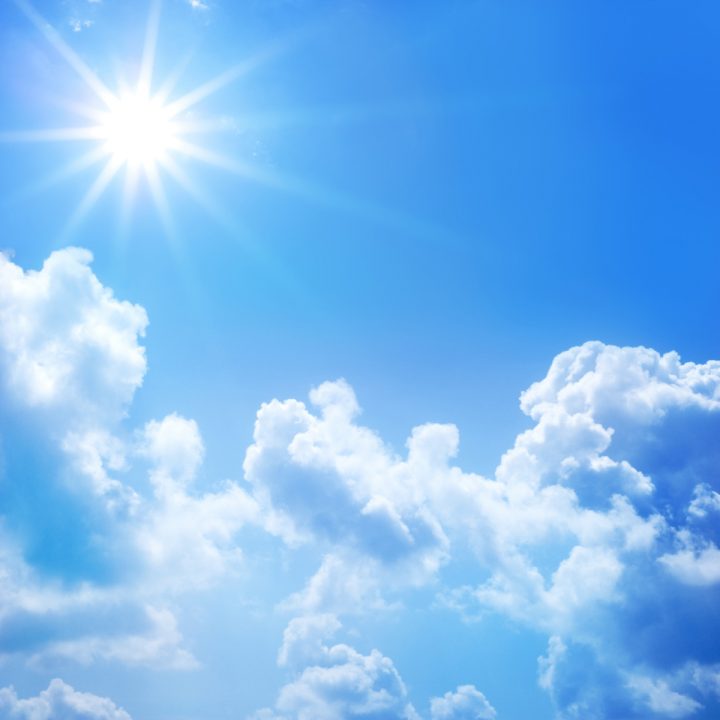 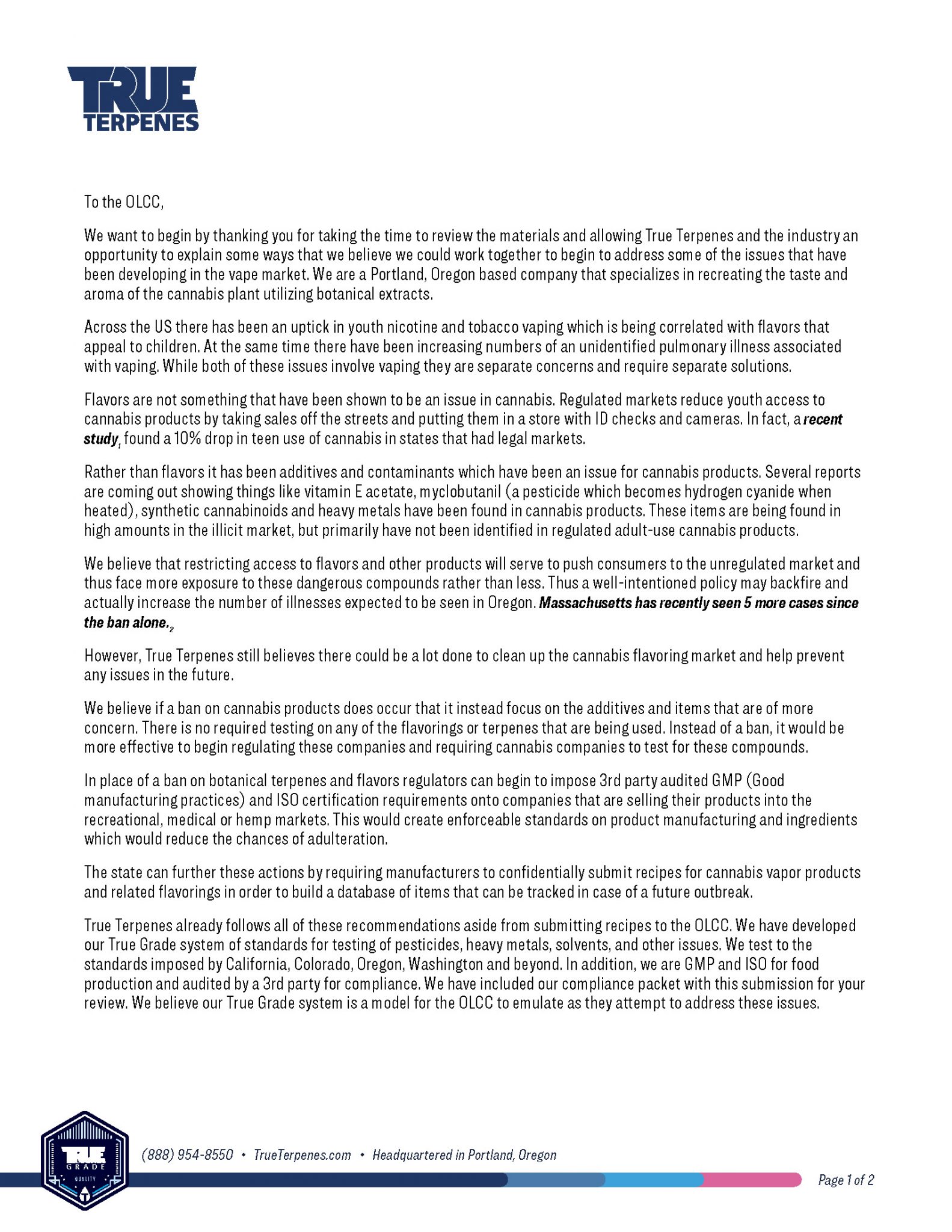 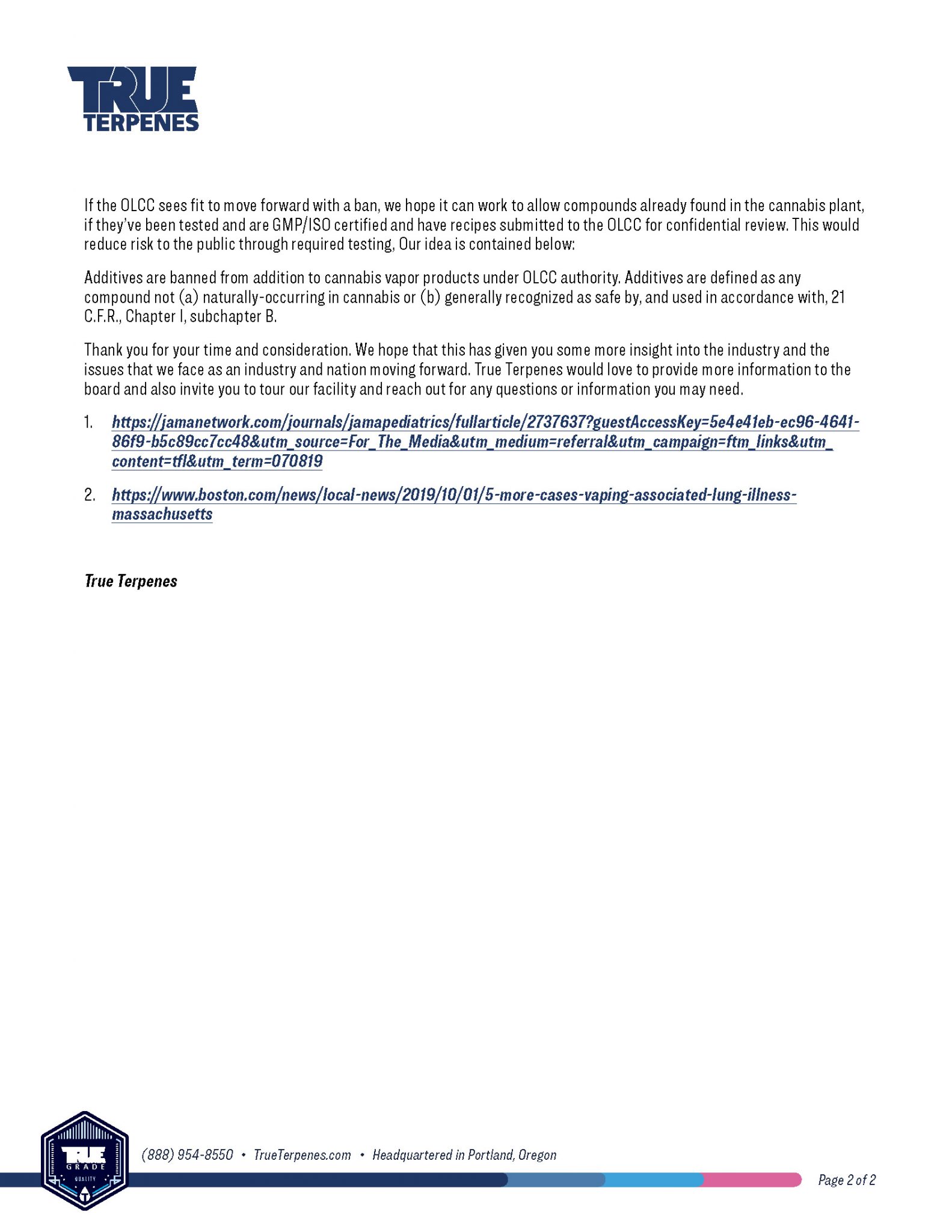 We want to begin by thanking you for taking the time to review the materials and allowing True Terpenes and the industry an opportunity to explain some ways that we believe we could work together to begin to address some of the issues that have been developing in the vape market. We are a Portland, Oregon based company that specializes in recreating the taste and aroma of the cannabis plant utilizing botanical extracts.

Across the US there has been an uptick in youth nicotine and tobacco vaping which is being correlated with flavors that appeal to children. At the same time there have been increasing numbers of an unidentified pulmonary illness associated with vaping. While both of these issues involve vaping they are separate concerns and require separate solutions.

Flavors are not something that have been shown to be an issue in cannabis. Regulated markets reduce youth access to cannabis products by taking sales off the streets and putting them in a store with ID checks and cameras. In fact, a recent study1 found a 10% drop in teen use of cannabis in states that had legal markets.

Rather than flavors it has been additives and contaminants which have been an issue for cannabis products. Several reports are coming out showing things like vitamin E acetate, myclobutanil (a pesticide which becomes hydrogen cyanide when heated), synthetic cannabinoids and heavy metals have been found in cannabis products. These items are being found in high amounts in the illicit market, but primarily have not been identified in regulated adult-use cannabis products.

We believe that restricting access to flavors and other products will serve to push consumers to the unregulated market and thus face more exposure to these dangerous compounds rather than less. Thus a well-intentioned policy may backfire and actually increase the number of illnesses expected to be seen in Oregon. Massachusetts has recently seen 5 more cases since the ban alone.2

However, True Terpenes still believes there could be a lot done to clean up the cannabis flavoring market and help prevent any issues in the future.

We believe if a ban on cannabis products does occur that it instead focus on the additives and items that are of more concern. There is no required testing on any of the flavorings or terpenes that are being used. Instead of a ban, it would be more effective to begin regulating these companies and requiring cannabis companies to test for these compounds.

In place of a ban on botanical terpenes and flavors regulators can begin to impose 3rd party audited GMP (Good manufacturing practices) and ISO certification requirements onto companies that are selling their products into the recreational, medical or hemp markets. This would create enforceable standards on product manufacturing and ingredients which would reduce the chances of adulteration.

The state can further these actions by requiring manufacturers to confidentially submit recipes for cannabis vapor products and related flavorings in order to build a database of items that can be tracked in case of a future outbreak.

True Terpenes already follows all of these recommendations aside from submitting recipes to the OLCC. We have developed our True Grade system of standards for testing of pesticides, heavy metals, solvents, and other issues. We test to the standards imposed by California, Colorado, Oregon, Washington and beyond. In addition, we are GMP and ISO for food production and audited by a 3rd party for compliance. We have included our compliance packet with this submission for your review. We believe our True Grade system is a model for the OLCC to emulate as they attempt to address these issues.

If the OLCC sees fit to move forward with a ban, we hope it can work to allow compounds already found in the cannabis plant, if they’ve been tested and are GMP/ISO certified and have recipes submitted to the OLCC for confidential review. This would reduce risk to the public through required testing, Our idea is contained below:

Additives are banned from addition to cannabis vapor products under OLCC authority. Additives are defined as any compound not (a) naturally-occurring in cannabis or (b) generally recognized as safe by, and used in accordance with, 21 C.F.R., Chapter I, subchapter B.

Thank you for your time and consideration. We hope that this has given you some more insight into the industry and the issues that we face as an industry and nation moving forward. True Terpenes would love to provide more information to the board and also invite you to tour our facility and reach out for any questions or information you may need.

PrevPreviousTerpenes And Your Business: Candy
NextThe Changing Landscape of CBD in FoodNext
Return to Main Blog