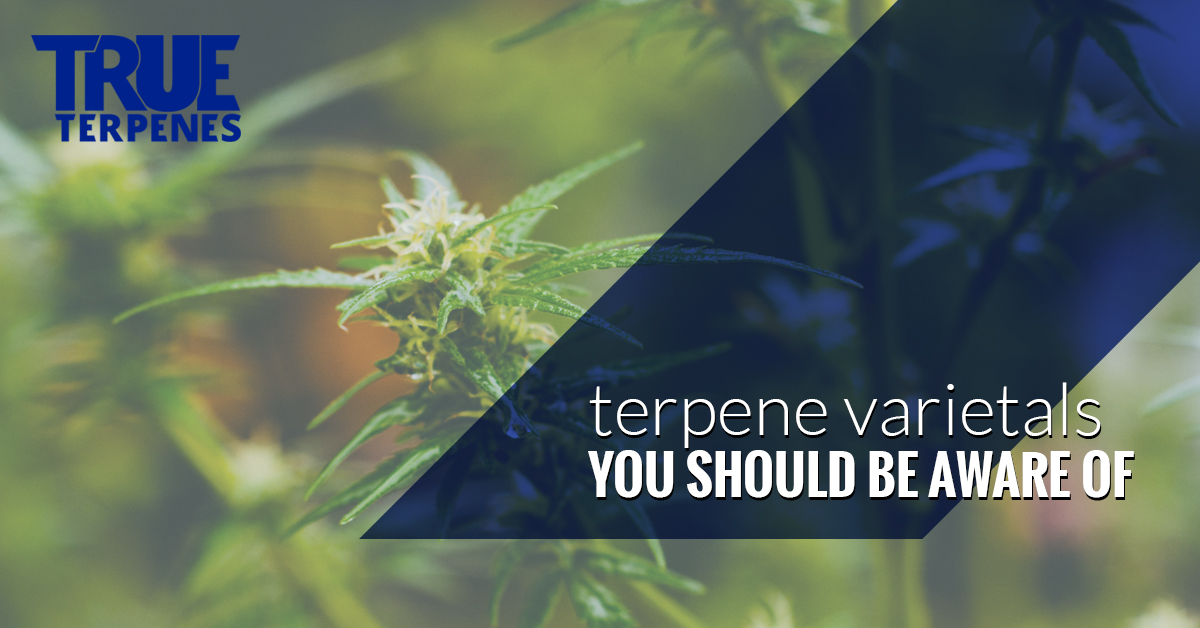 Terpenes are an Important Component of the Cannabis Plant

Hello, dear reader, and welcome back to our blog! Here at True Terpenes, we have made it our mission to provide people with as much information as possible when it comes to terpenes. When researching terpenes, it is almost impossible to avoid articles dealing with terpenes and the relationship that they have with cannabis. While our terpenes are not derived from cannabis, we do distill terpenes that are also found in different strains of cannabis plants. For this reason, we are going to use today’s post to go over some of the primary and secondary terpenes that are found in cannabis. Keep reading below to learn a little more.

Terpenes, or isoprenoids as they are commonly called, provide cannabis with its unique bouquet. Anyone who has been around a cannabis plant knows that nothing else in nature has quite the same scent as cannabis. The terpenes that give cannabis its unique flavoring and scent consists of repeating units of a compound called isoprene. Although less research has been put towards the study of terpenes in cannabis as opposed to the major cannabinoids found in the plant, terpenes are responsible for many of the physiological and psychoactive effects that cannabis is known for. Below, we have listed some of the major terpenes that are found in cannabis.

Join us again next time as we continue to cover some of the most abundant terpenes found in cannabis plants and the ways that these terpenes can be used by the general public. As we mentioned earlier, all of our terpenes at True Terpenes are derived from sources other than cannabis, however, this does not mean that they are any less effective than their cannabis counterparts. Using the latest in distillation techniques, our terpenes are of the highest quality, ensuring that you are purchasing the absolute best terpene product available. To learn more about our products, please visit our website and view out terpenes today.