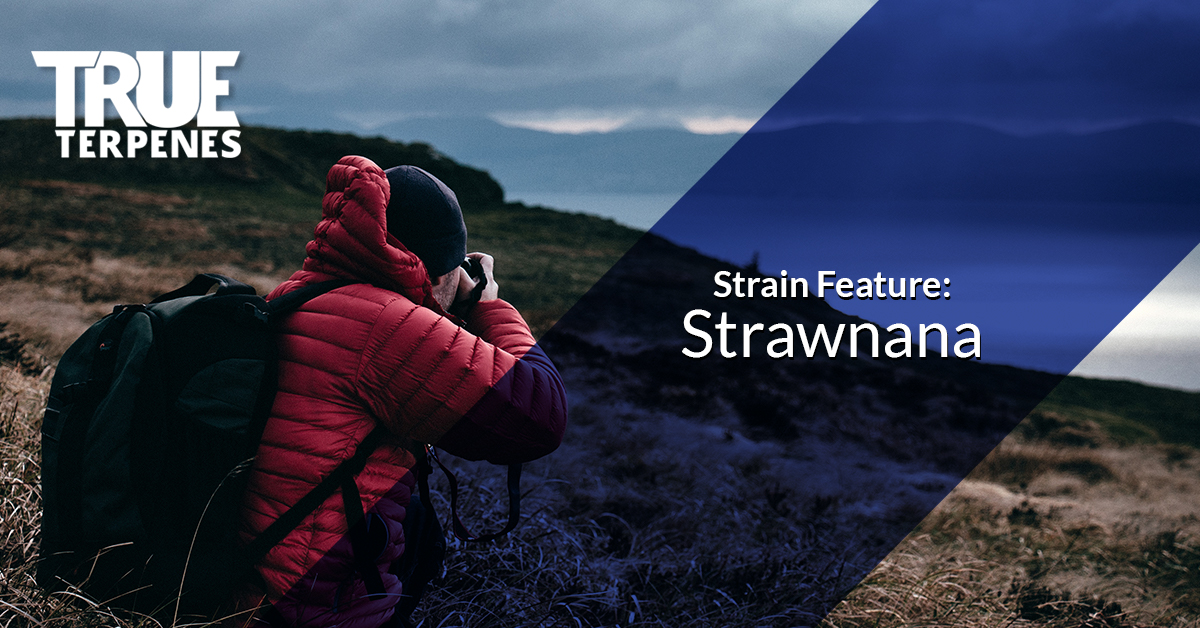 Most of our customers love shopping with us because we offer terpenes from their favorite strains. In today’s post, we are going to dive a little deeper into the strain “Strawnana” and show you all the incredible terpene components within.

This berry strain is famous for being a sweet hybrid of Banana Kush and Bubble Gum’s strawberry phenotype. The indica-dominant strain helps users feel uplifted, relaxed, and euphoric. When smelling this terpene, many of our users report smelling berry and strawberry scents. Be careful, because it has been known to make users hungry!

By understanding the terpenes that make up Strawnana, you can better understand how it may affect you. Read below to learn more details of this unique indica.

Give Strawnana a Try

If you are interested in giving this crowd favorite a try, then be sure to order with True Terpenes! We look forward to providing you with the highest quality terpene products available.