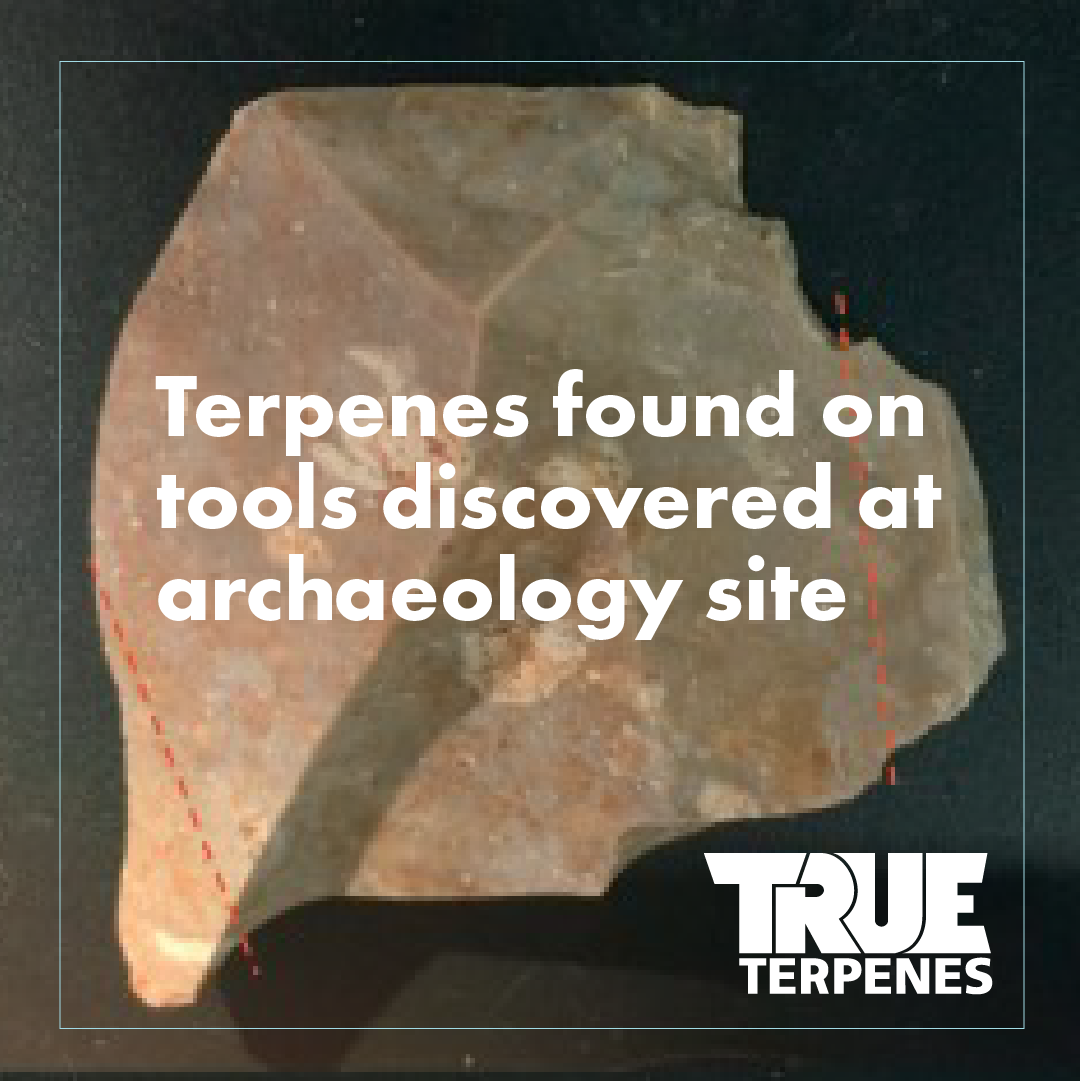 Researchers in Australia are using terpenes to learn more about the past.

The team from the University of Wollongong in New South Wales was studying a group of artifacts found at an archaeological site in a cave called Liang Bua in Indonesia. The cave at Liang Bua has been the site of hominid species for around 190,000 years. Scientists believe homo floresiensis and homo sapiens aka “Humans” both occupied the cave in the same time spans. While analyzing objects and tools used by the differing species they discovered variations in tool making between them. Homo sapiens tended to use fire and edge glazing/sharpening along with a stronger stone known as chert. Floresiensis typically used the softer stone tuff for their tools and don’t appear to have used fire for tool making.

Although this information was interesting the biggest findings were actually made while investigating what biological compounds had built up on the artifacts. The scientists initially found the terpenes limonene and pinene on all of the artifacts and tools. However, much of the sediment surrounding the tools also contained these terpenes and so it was inconclusive if it was due to build up after being deposited in the cave or from use by the ancient people.

The researchers were able to identify the terpene camphor on one stone tool that was dated to around 13,000 years ago. Camphor is found in the mint and rosemary plants, but larger amounts are usually present in the camphor laurel a tree in the cinnamon family.

The camphor laurel is native to the area near the site in Indonesia and has been a staple for medicine and culinary use for centuries, apparently from this study for more than 10,000 years. Camphor has been used to treat respiratory ailments and muscle aches in ancient times and the use continues today with companies like Vicks using it as an active ingredient in their VapoRub products. Camphor containing plants like the aforementioned mint, rosemary and camphor laurel are also traditional ingredients in dishes cooked throughout Asia, Europe and the rest of the world.

The identification of these terpenes and other compounds such as alkanes have helped scientists begin to figure out what foods and medicines ancient people may have used in their daily lives. It’s interesting to see how similar the diets and medicine of people thousands of years was to our own. Check back for more terpene science from True Terpenes soon.