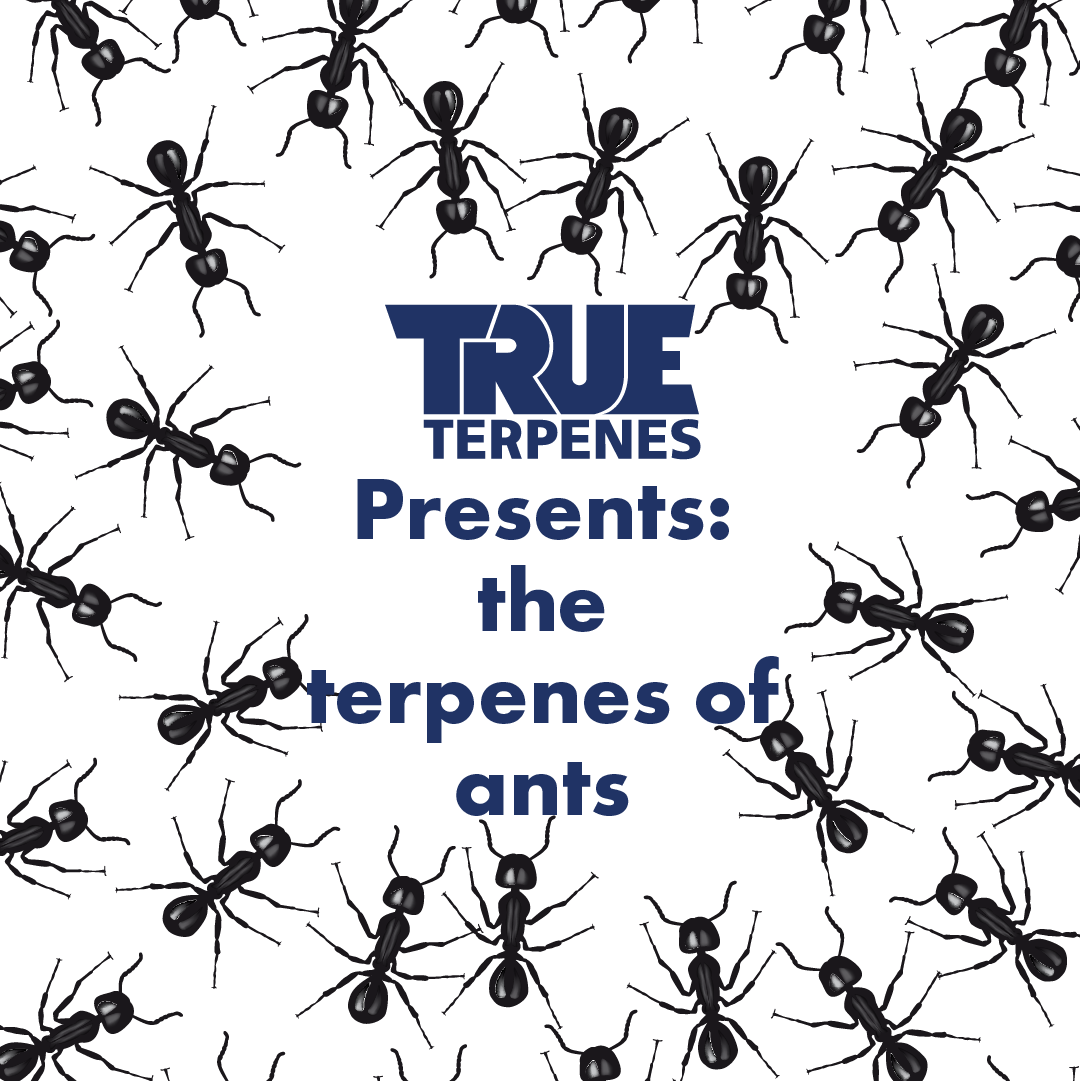 Terpenes are best known for being found in plants like cannabis, but Terpene Tuesday this week is a bit outside the box, or well in this case kingdom. We’re shifting to the animal kingdom and taking a look at the terpene content in ants, specifically Monomorium Chinense Santschi.

Researchers in China recently investigated how Santschi are able to fight against larger invasive ant species. It turns out the glands in their stingers and jaws contain/manufacture terpenes along with other compounds to deter attackers. The scientists investigated if the terpene contents changed with diet by examining field colonies, laboratory colonies fed a normal diet and laboratory colonies fed a sugar heavy diet devoid of volatile compounds. None of these changes created statistical changes in the terpene profiles of the ants, showing the ants create the terpenes themselves.

The scientists found found 21 different terpenes and terpenoid compounds in Santschi. An as of yet unidentified terpene composed the majority of the profile in the workers, while neocembrene a diterpene comprised 89% of the queen’s profile. The researchers believe neocembrene may very well be the terpene that acts as the pheromone to identify the queen in this ant species. β-acoradiene was the second most common terpene.

Terpenes act as pheromones or hormones in plant species and as this study shows in animals as well, helping to communicate between a variety of species. This study also shows how pure terpenes can be caustic and it’s important to dilute them for use.