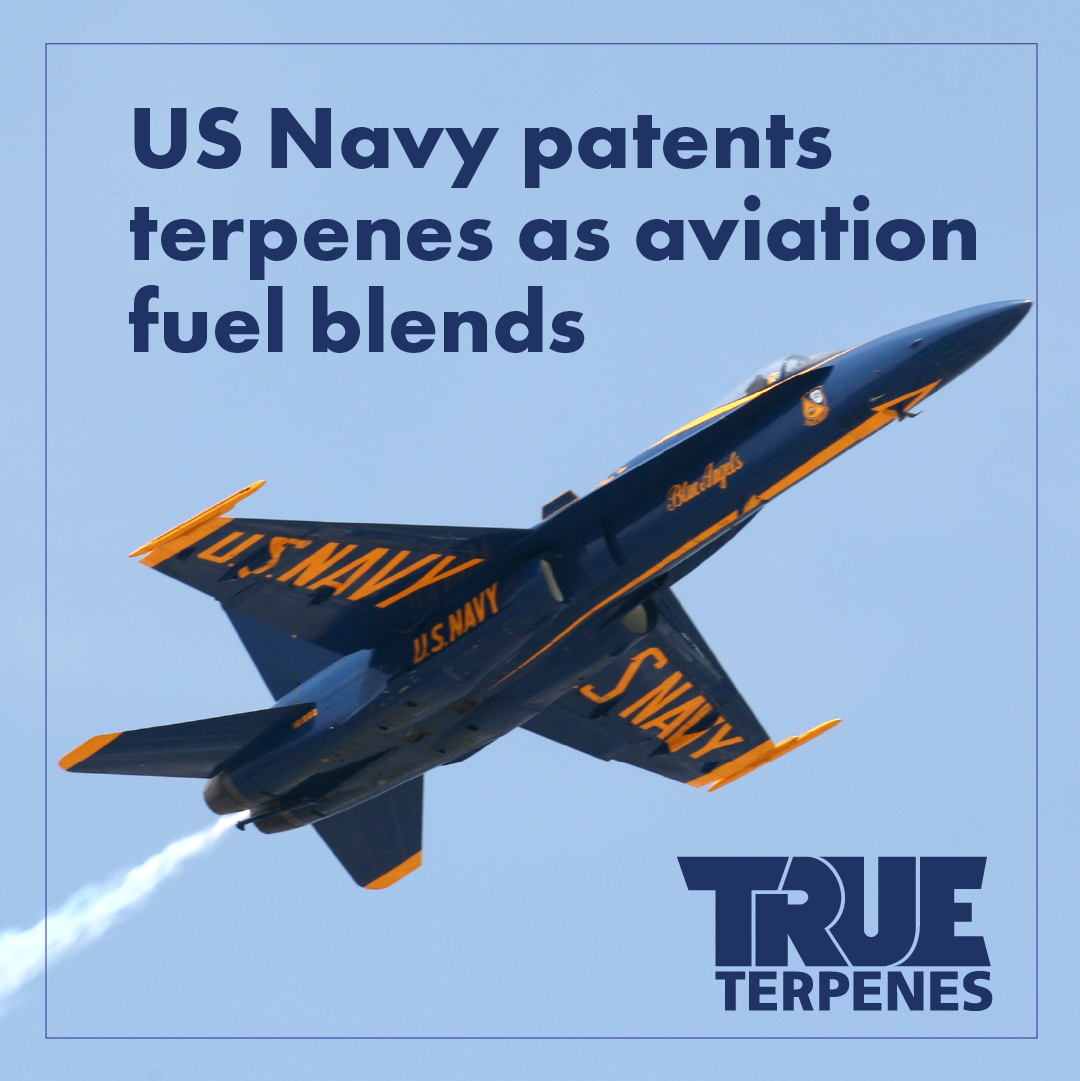 The identity of one of the largest researchers into terpene technology may come as a surprise to most in the world – the United States Navy.

When most people discover or utilize terpenes in recent years the focus has tended to be on their medical uses for things like pain treatments (myrcene) or reducing anxiety (linalool). More specifically much of this research has centered around the cannabis sativa plant which naturally creates diverse terpene profiles in its essential oil.

Terpenes are volatile hydrocarbon molecules responsible for the scent and taste of essential oils, plants, fungi and even some animals. These terpenes also have physiological effects on the human body as mentioned above. Each terpene has a unique effect, much like it has its own taste or smell. When used in concert a new synergistic effect is created that is often referred to as the entourage effect as coined by scientist Ethan Russo, PhD.

However, the Navy is looking at terpenes in a completely different light. As oil becomes more scarce and the earth continues to warm, alternative fuels are becoming more and more valuable. The petroleum oil we use now was created from the breakdown of organic matter over thousands of years. Terpenes and petroleum are both hydrocarbons, and researchers have discovered ways to optimize the use of terpenes for fuels.

Researchers at China Lake Naval Weapons Testing Station in California have developed and patented a series of terpene fuel blends for the Navy. Sesquiterpenes are larger molecules than monoterpenes, with the difference being the number of isoprene units in the structure of the molecule. Research has shown these larger sesquiterpenes are denser and have higher cetane numbers which measures the speed of combustion of a fuel. Due to this most of the focus is currently on sesquiterpenes such as: beta caryophyllene, farnesene, bisabolene, humulene and valencene.

Their work is showing that the terpene fuel blends are able to actually increase the cetane number of jet fuel while also increasing energy density. This pairing allows jets to fly longer, faster and have lower fuel weights at take off. The use of terpenes as a sustainable fuel source will also help reduce US dependence on foreign oil and help reduce greenhouse emissions. True Terpenes can’t wait to see the world transition to these greener and definitely better smelling fuels.