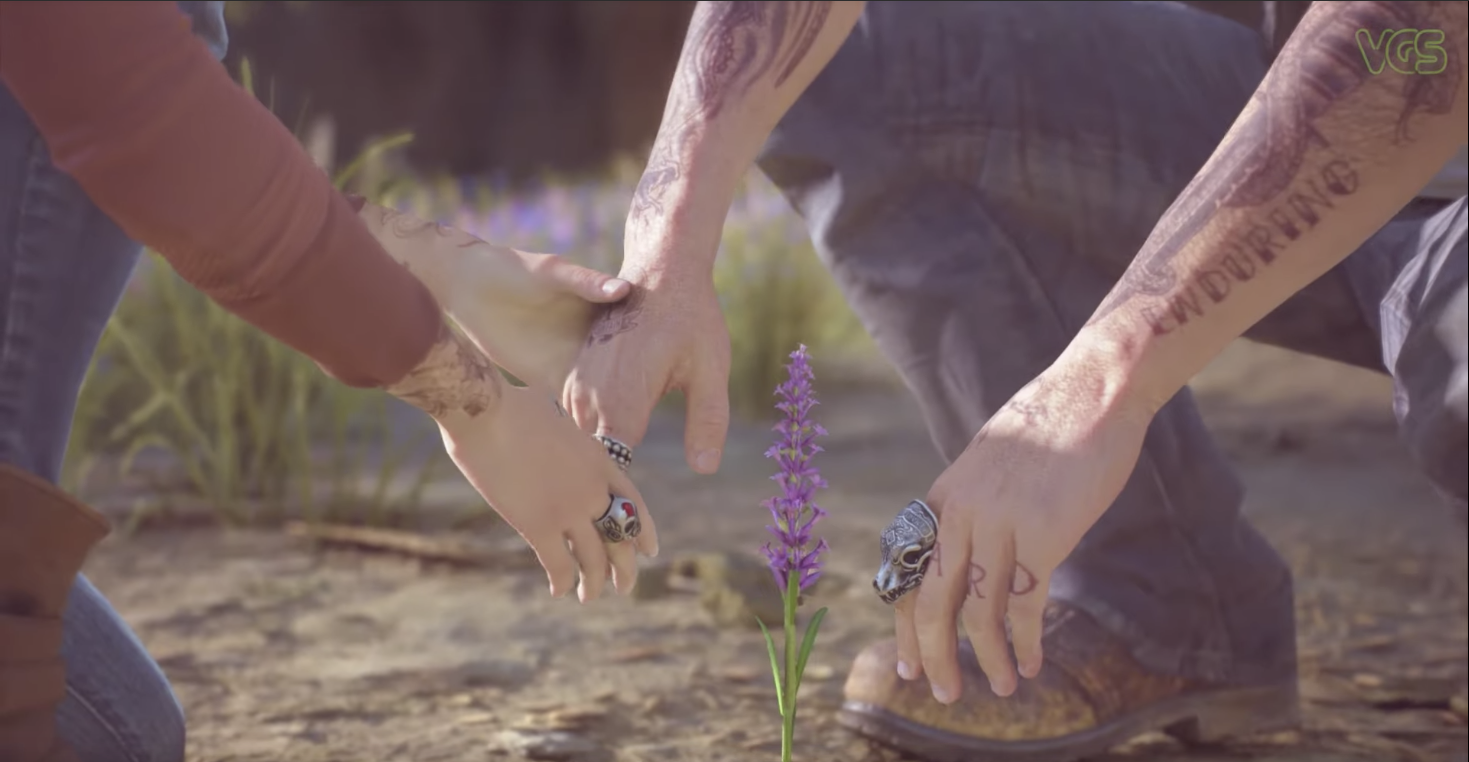 “So, uh why lavender?” our protagonist asks.

“Well the guys at the lab are pretty excited, they think they have this sub-species which might have mutated monoterpenoids which produce a modified linalool that…”

“That is so fascinating,” he says with an eye roll. ”

“Sorry for my excitement, but it has a chemical that we can use to synthesize a new medicine”

It seems every week we are seeing how the effects of cannabis and its cornucopia of cannabinoids can benefit our mood, our relationship to pain and stress, and our general way of life. Though CBD and THC get most of the attention we feel minor cannabinoids and terpenes should get just as much credit.

Days End is set in the beautiful, volcanic scarred high-desert of the Pacific Northwest. An open-world action-adventure game where you play as Deacon St. John, a Drifter and bounty hunter who would rather risk the dangers of the broken road than live in one of the “safe” wilderness encampments. Released on the Playstation 4, we’ve seen more attention on entertainment outside of traditional television and movies diving into terpene based education.

Produced partly here in Bend, Oregon it’s no surprise that the development team knows their way around a terp or two. Oregon is widely known as one of the first adopters of identifying terpenes in cannabis and using them for their pharmacological benefits.