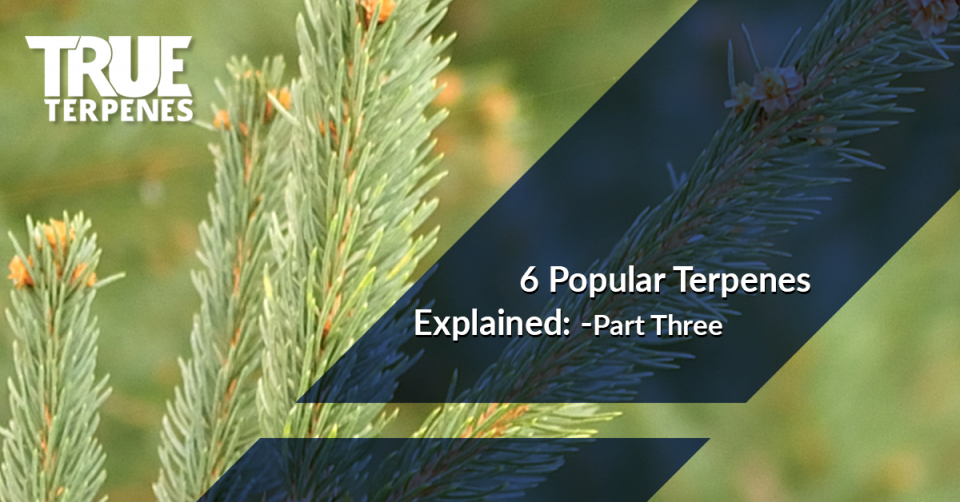 If you’ve read the first two articles in our three-part series, you’ll know by now that terpenes are the crucial building blocks of all plants, being responsible for the aroma, taste, and effects that certain plants produce.

In our first article, we explained exactly “What are terpenes?” and in our second article, we dove deep into three terpenes: myrcene, limonene, and linalool, demonstrating that in the plant world, especially cannabis, terpenes can be powerful compounds that have health benefits while producing certain effects.

Beta-caryophyllene is a very common and recognizable terpene that is being researched more for its direct effect on the Endocannabinoid System (ECS).

Possible Medical & Therapeutic Properties
Beta-caryophyllene is a very unique terpene as it’s been found to work on the cannabinoid receptors within the Endocannabinoid System very much in the same way that cannabinoids do. It’s often said in cannabis lore that if you have too much THC and want to come back down to earth, to chew black pepper, as it may counteract THC’s effects.

Beta-caryophyllene is the only terpene that can directly activate a cannabinoid receptor, especially CB2 receptors. Beta-caryophyllene is a bit different than other terpenes too, due to its interaction with the ECS, in that it’s not known for producing many noticeable effects, yet its therapeutic properties are constantly being discovered.

It may have pain-relieving effects in its therapeutic and medicinal contexts while acting as an anti-inflammatory and anti-oxidant. This terpene is also being looked at for its possible efficacy in addiction, with studies showing that it could help reduce alcohol intake.

Alpha-pinene is the most common terpene found in nature. When you smell the refreshing aroma of a forest full of fir trees, the terpene you’re smelling is pinene. It’s known within cannabis as a terpene that inspires creativity.

Possible Medical & Therapeutic Properties
Think about that feeling in your lungs that you get when inhaling deep when standing in a forest of pine trees. Alpha-pinene is known as a bronchodilator, meaning that it helps open up the airways, which may be useful for asthma, COPD, and other lung-related conditions.

Along with other common terpenes, alpha-pinene holds anti-inflammatory and possible pain relieving effects. Revered for its ability to inspire creativity, alpha-pinene is also known to reduce anxiety.

Eucalyptol, also known as cineol, has a very distinctive and unique taste and aroma, and is instantly recognizable due to its abundance in nature.

Aroma and Taste
Minty or menthol taste, with a refreshing cool spiciness.

Possible Medical & Therapeutic Properties
The cooling sensation of eucalyptol has been used for centuries as an analgesic, believed to have pain-relieving properties. It may also fight inflammation, which reduces pain at the source. It’s been researched more specifically for its potential to reduce inflammation, especially within the sinuses, colon, and pancreas.

Like alpha-pinene, eucalyptol has possible bronchodilation effects, with possible applications in the treatment of asthma and other lung-related conditions.

What is a Terpene Profile?

Now that we’ve introduced you to six of the at least 120 terpenes found in cannabis, we’ll briefly touch on terpene profiles before we close this series.

When choosing cannabis products based on their terpene profiles, it often comes down to preference. Some cannabis cultivars please the nose and palate, while others don’t. This initial reaction of how cannabis hits the senses is often indicative of how a product will be enjoyed.

True Terpenes is an industry leader in providing various industries pure terpene isolates and terpene blends that are inspired by cannabis and nature. Expertly extracted, certified organic, natural, non-GMO, and food-grade, our selection of terpenes are available in their isolated form and also combined to mimic various cannabis cultivars.

In this article series, we just touched on the tip of the iceberg as it comes to terpenes, the potential health benefits of terpenes, and what terpenes are used for. We encourage our partners and potential customers to browse our resources that educate consumers and businesses on the benefits of terpenes and how they can help differentiate products through aroma, taste, and possible effects.